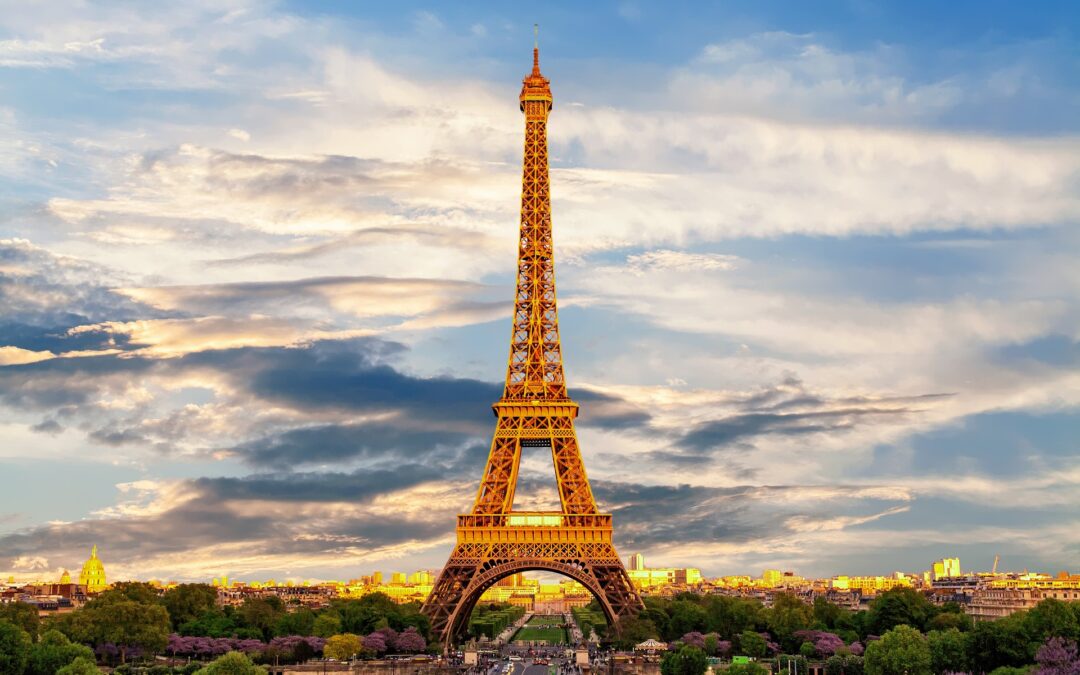 28th January marks the day the Eiffel tower began its rapid construction back in 1887, taking just 2 years, 2 months and 5 days to build. It was built to celebrate the French Revolution’s centennial year, demonstrating France’s industrial expertise to the world. The tower was built to last only 20 years due to the architectural expectations at the time. Yet over 100 years later, it is still attracting several million visitors a year. So what makes it so iconic?

Latticed wrought iron was used to construct the tower, demonstrating that the metal could be as strong as stone while still being lighter. This was a material that had been mastered both in its production and in implementation. Its use became widespread in construction due to its industrial availability. Stepping away from traditional Neo-Gothic, Neo-Renaissance and Neo-Baroque style designs at the time of construction, the designers broke boundaries by adapting a modern shape which made it stand out.

2,500,000 rivets, 18,038 iron parts and 4 pillars from a 410 square feet sideway square were used in the construction process which resulted in its successful longevity. The tower currently weighs 10,100 tons and is 1083 feet above the ground, with the heat from the sun typically causing it to grow around 6 inches due to thermal expansion which is usually lost during the winter months. Despite it being called ‘the ugliest building in Paris’, the structure is now recognised as a symbol of beauty and romance, representing the more intimate side of the city of lights, and has become a beacon of the French community.

The Eiffel Tower stands out visually with its unique silhouette and build innovation, and in order for an iconic building or structure to stand out, individuality is key. For 4 decades it was the world’s tallest building, until the Chrysler building in New York City was completed in 1930, standing at 1048 feet. Now the Burj Khalifa tops them all at an astounding 2720 feet – which city is next to take the top spot for the world’s tallest building title?

The legendary status of many timeless buildings lies in the iconic design and architecture. Apart from standing out visually, unique silhouettes, material innovation and public accessibility, are some of the key aspects of a building to confer the status of “iconic”. But to create an iconic building, innovation and individuality are key. Understanding exactly what the local community needs is not only how you create more than just a brand, but a destination landmark that is celebrated for years to come.

An example of an iconic building that is in constant dialogue with the city around it is Sagrada Familia in Spain. Even though it has been under construction for almost 140 years, it acts as both a symbol for the entire city and a spiritual establishment that is one of the most impressive places of worship on the planet. The rich history of this landmark is one of the many reasons why millions of people visit Barcelona every year. Gaudi’s vision to have 18 towers with their individual specific meaning highlights his dedication to designing a building that everyone from the local community could worship in. By embracing and adapting the original architecture plan, the basilica has become a masterpiece that is celebrated not only by the local community but also internationally.

Image by Pete Linforth from Pixabay